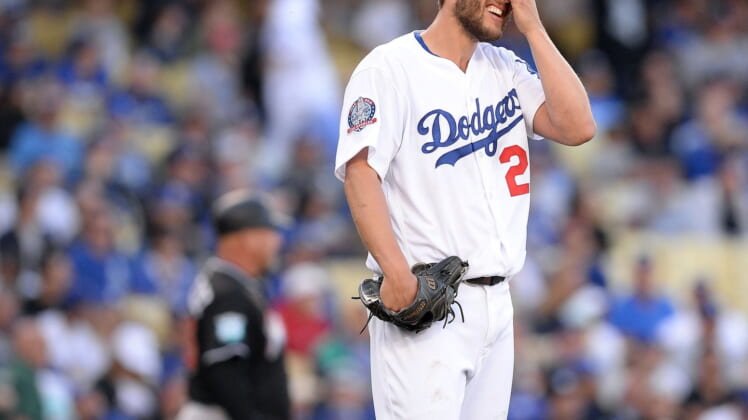 Clayton Kershaw struggled in Game 5 of the World Series as the Boston Red Sox won the Fall Classic. It was not Kershaw’s first rough experience in that setting.

That was Kershaw’s sixth start with his Los Angeles Dodgers facing elimination. His ERA in those outings is 6.06. Nobody who has started more than four of those games has a higher ERA.

Clayton Kershaw now has a 6.06 ERA as a starter when facing elimination. That is the worst in MLB history (min. 4 games).

But he has some good company. pic.twitter.com/5seTpyJpfl

The good news is, his company here is indeed fantastic. Kershaw, Pedro Martinez, Max Scherzer, Bret Saberhagen, and Roger Clemens have combined for 18 Cy Young Awards. They’ve all won at least two and all but Saberhagen have won three.

But Martinez, Saberhagen, and Clemens all have at least one World Series win to offset the frustrations. Kershaw, like Scherzer, is still waiting for his.

Kershaw will certainly need to pitch much better in the postseason if he’s ever going to win that elusive title. This is especially if he’s pitching in elimination games.