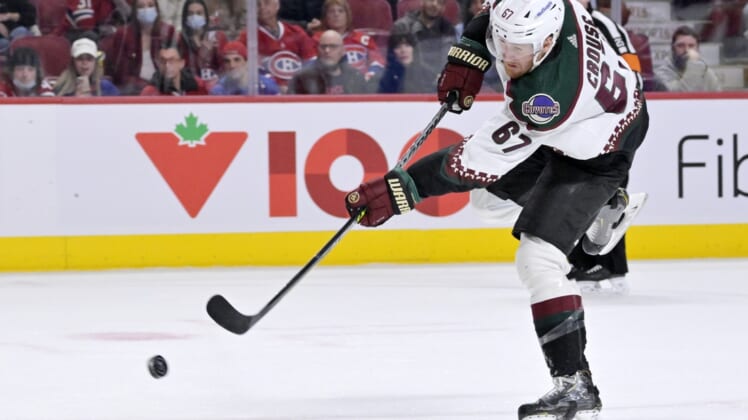 Arizona Coyotes forward Lawson Crouse is expected to miss the remainder of the season with a broken hand.

The Coyotes said Crouse would be sidelined for four weeks after he blocked a shot during Monday’s 6-1 loss to the Edmonton Oilers.

Arizona (21-42-5, 47 points), which has been eliminated from postseason contention, concludes its season against the Nashville Predators on April 29.

The Ontario native was selected by the Panthers with the 11th overall pick of the 2015 NHL Draft.