Coyotes forward Nick Ritchie to have hearing with NHL 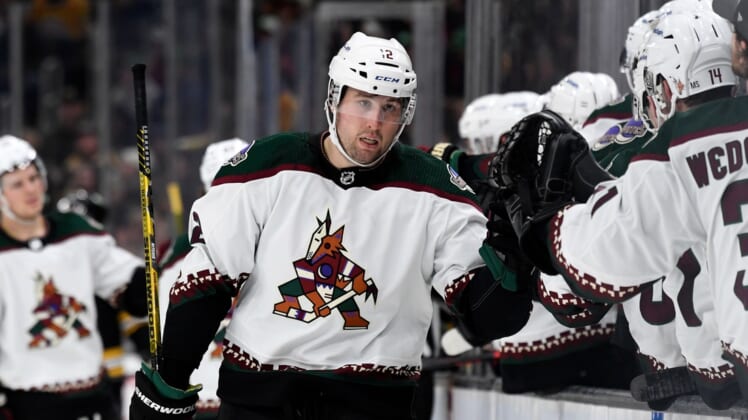 Arizona Coyotes forward Nick Ritchie will have a hearing with the NHL on Saturday after he slashed Anaheim Ducks defenseman Kevin Shattenkirk.

Playing in his 400th career game, Ritchie is facing discipline from the league after his altercation with Shattenkirk in the final second of the first period in the Coyotes’ 5-0 loss on Friday. Ritchie was assessed a minor penalty for roughing against Ducks forward Dominik Simon.

Ritchie, 26, has 19 points (10 goals, nine assists) in 50 games this season split between the Toronto Maple Leafs and Coyotes.

He has 156 points (69 goals, 87 assists) while playing with the Ducks, Boston Bruins, Leafs and Coyotes.