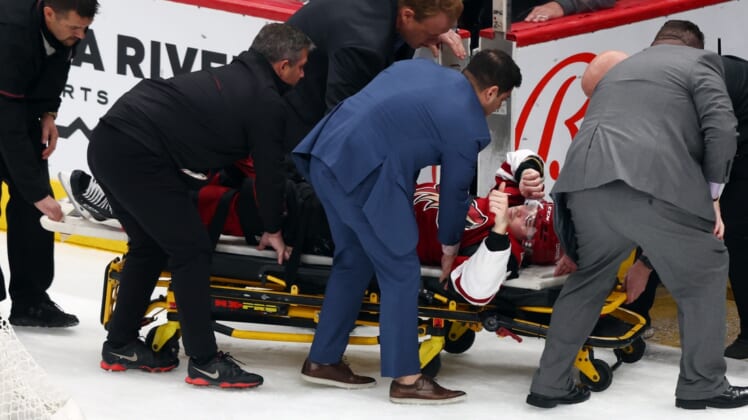 Arizona Coyotes forward Clayton Keller said he will miss the rest of the season after being stretchered off the ice with a leg injury on Wednesday night.

“Want to thank my teammates, the fans, and medical personnel for the love and support last night,” he tweeted on Thursday morning. “Unfortunately the season’s over for me, but I’m resting comfortably at the hospital in good spirits. I will be back better than ever for day 1 next season!!!!”

Neither the team nor Keller provided specifics on the injury, which occurred when he crashed feet-first into the boards behind the San Jose goal with 5:15 remaining in Arizona’s 5-2 win against the visiting Sharks.

The game was delayed for about 10 minutes as Keller was taken off the ice on a stretcher. He flashed a thumbs-up sign as he was wheeled away.

Keller, 23, leads the Coyotes in goals (career-high 28) and points (63) through 67 games in his sixth season with the franchise.