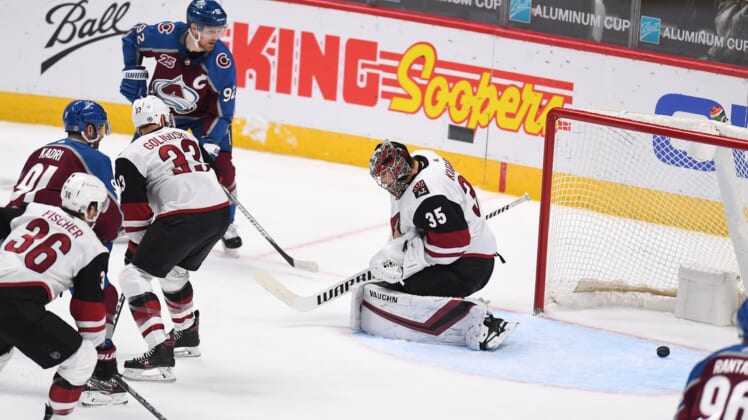 Arizona goaltender Darcy Kuemper left the Coyotes’ Monday game against the Colorado Avalanche early in the third period at Denver due to a lower-body injury.

He will be re-evaluated Tuesday, coach Rick Tocchet said after the Coyotes’ 3-2 win.

Kuemper was talking with one of the officials while the Avalanche had the puck in the Arizona zone, and when the Coyotes cleared the zone, play was stopped. An Arizona trainer came over and talked with the goalie, who left the game and was replaced by Antti Raanta.

Kuemper missed four games with a lower-body injury before returning Saturday to beat the Minnesota Wild. On Monday, he made 17 saves on 19 shots before departing. Raanta stopped all 16 shots he faced and was credited with the win.