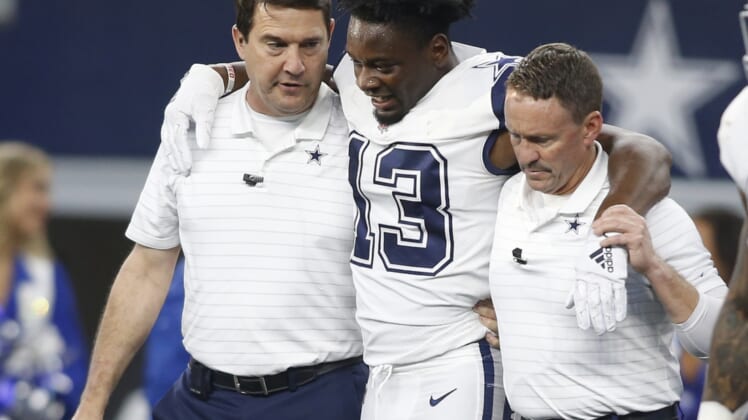 Dallas Cowboys owner Jerry Jones told reporters that the team believes wide receiver Michael Gallup tore his left ACL Sunday and will be out for the rest of the season.

Gallup will undergo an MRI on Monday to confirm the extent of his injury.

Gallup twisted around to catch a 21-yard touchdown pass in the second quarter of the Cowboys’ 25-22 home loss to the Arizona Cardinals. It was clear that he was in pain after the play, and he did not return.

The fourth-year receiver finished the game with three catches for 36 yards and the score, upping his season totals to 35 receptions, 445 yards and two touchdowns.

Gallup suffered a calf injury in Week 1 and missed the first half of the season before returning in Week 10.