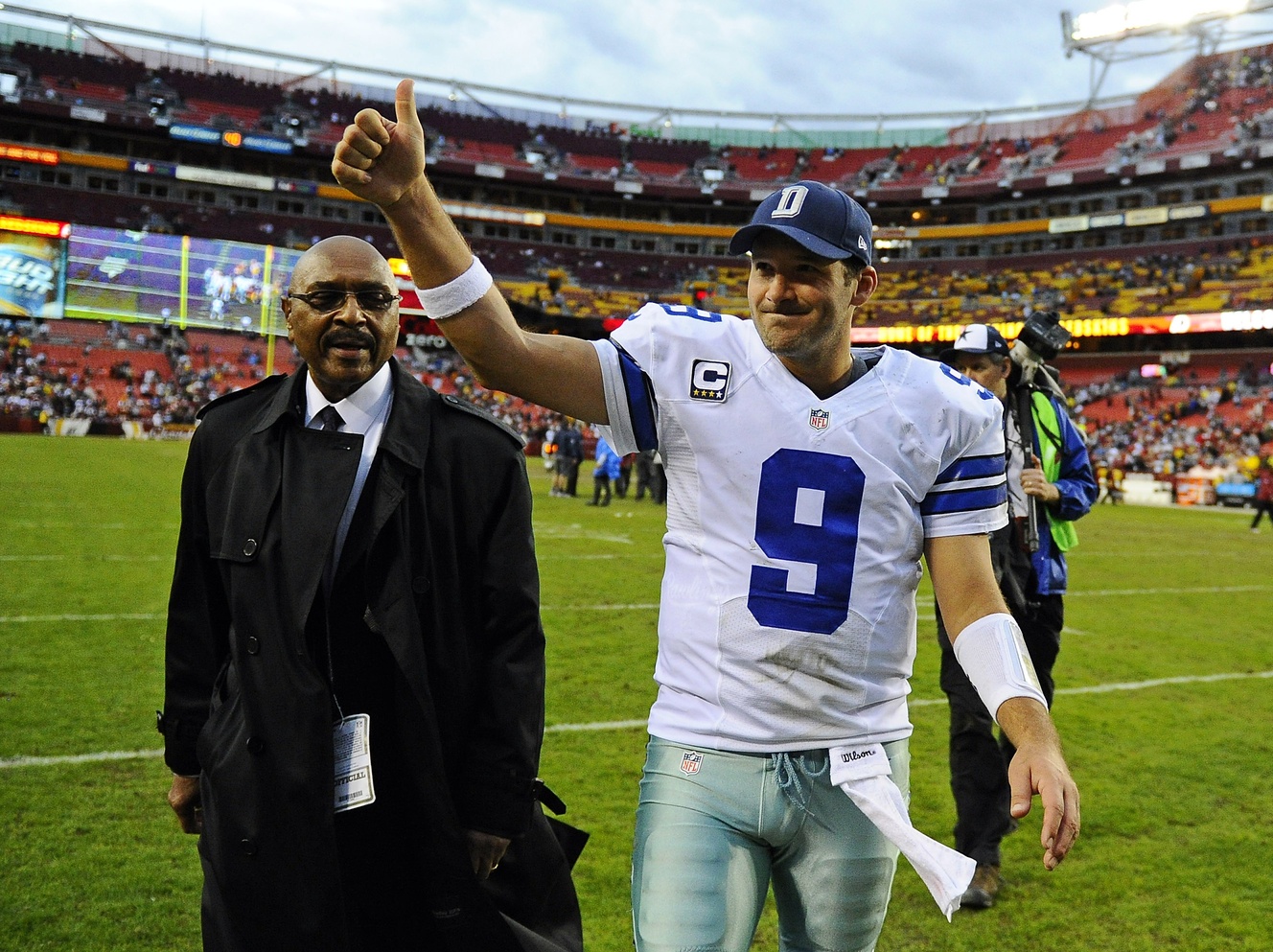 Dallas is now less than $1 million over the cap after saving $10 million by restructuring Romo’s deal. The issue here is that he’s now set to count nearly $30 million against the cap in 2015, at which point Dallas will have to restructure the deal again. At some point, the piper will have to be paid, leaving Dallas deep in the abyss of cap hell.
Photo: Brad Mills, USA Today