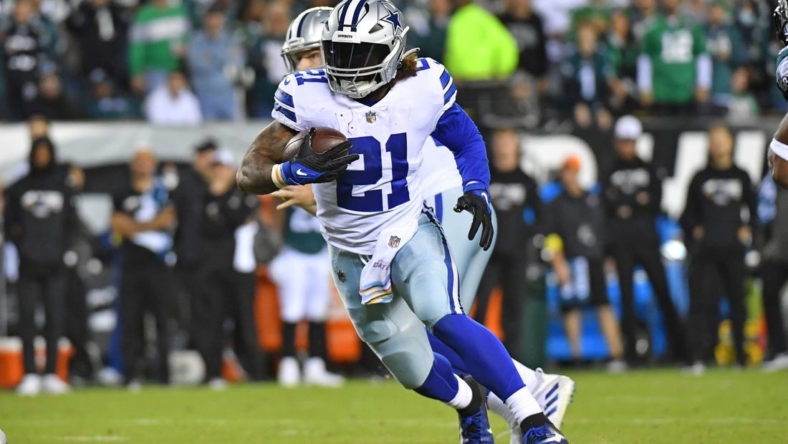 Elliott’s absence raises questions about his availability for the Cowboys (5-2) in Sunday’s game against the visiting Chicago Bears (3-4).

The Dallas Morning News reported Elliott’s injury could lead to him missing multiple games and identified the injury as a torn medial collateral ligament and thigh bruise. ESPN reports that he sustained a hyperextended right knee that has caused swelling and bruising.

Cowboys coach Mike McCarthy said the injury is not the same as the PCL injury that affected Elliott last season. However, the injury is to the same (right) knee.

McCarthy said Thursday that he feels confident Tony Pollard can handle the bulk of the rushing duties should Elliott sit out on Sunday. Pollard, however, has never rushed more than 14 times in a game in his career.

“I think Tony can handle whatever we ask of him. Our game-plan approach is the same. … We’re going to run the ball,” McCarthy said, per the News.

The Cowboys will then enter their bye week before returning to visit the Green Bay Packers on Nov. 13.

Elliott, 27, appeared to sustain the injury during the first half of Dallas’ 24-6 victory over the Detroit Lions on Sunday, when he took a helmet to the knee. He returned to play the second half and finished with 15 carries for 57 yards and two touchdowns.

Elliott has 109 carries for 443 yards and four touchdowns in seven games this season.

The Cowboys are not carrying a third running back on the 53-man roster. Malik Davis and Qadree Ollison are on the team’s practice squad.