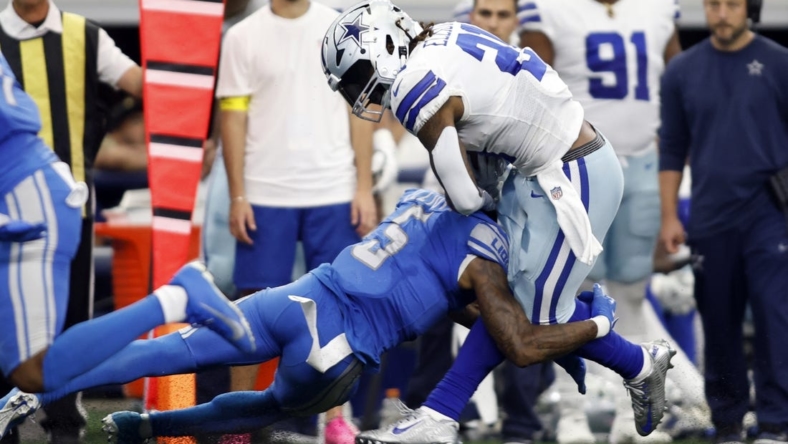 The Dallas Cowboys returned to the practice field Monday coming off their bye week but without No. 1 running back Ezekiel Elliott, who’s still nursing a knee injury.

Elliott told the Fort Worth Star-Telegram on Monday that the swelling has gone down but that he’s not sure when he will return to practice. He said he’ll wear a brace when he does return. The Cowboys’ first full practice session of the week is Wednesday.

Elliott injured the knee in the Cowboys’ Week 7 win over Detroit and then missed the team’s Week 8 game against the Chicago Bears.

Tony Pollard assumed starting running back duties against the Bears and rushed 14 times for 131 yards and three touchdowns. Pollard, 25, will be the lead back this week if Elliott is unable to go.

The Cowboys visit Green Bay this week in coach Mike McCarthy’s return to the home of the Packers, who he coached for 13 years.

Elliott, 27, has rushed for 443 yards and four touchdowns in seven games this season.