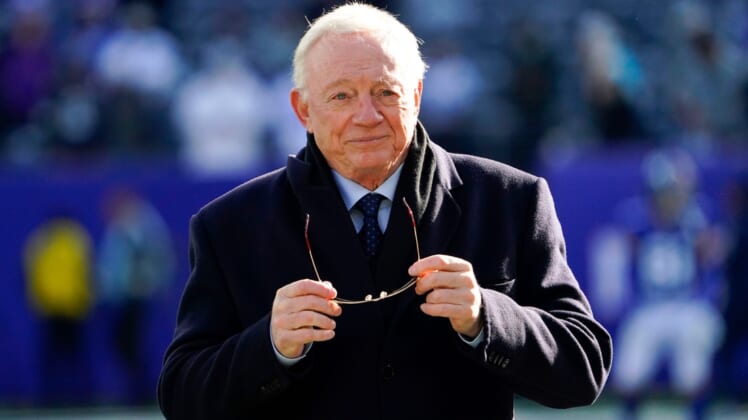 Dallas Cowboys owner Jerry Jones was involved in a minor traffic collision in Dallas Wednesday night, but several sources report he was not seriously injured.

Jones was taken to Parkland Hospital as a precaution after the collision. Jones’ son, Cowboys executive vice president Stephen Jones, confirmed via text to ESPN that his father had returned home after a brief hospital stay.

Dallas station WFAA reported that Jones, 79, was in an accident just before 8:10 p.m. CT in the Uptown neighborhood.

Police did not release details of the collision. It is not clear if Jones was driving or how many vehicles were involved.

Jones has owned the Cowboys since February of 1989.