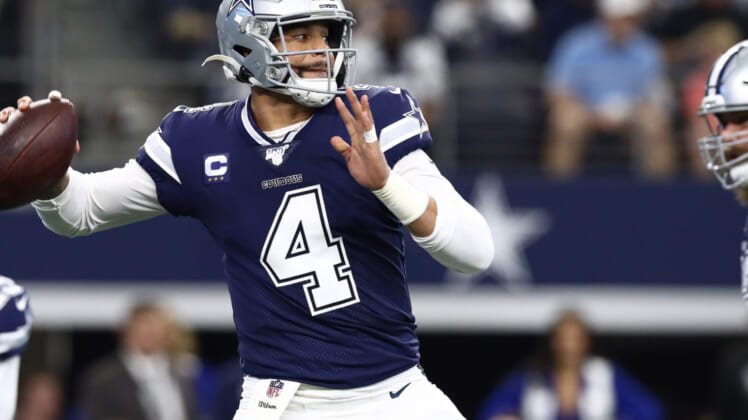 The Dallas Cowboys need a win over the Los Angeles Rams Sunday afternoon to move to .500 on the season and maintain their status as the first-place squad in a horrible NFC East.

Things did not start out swimmingly for the Cowboys in Big D. Even before the same started, Dak Prescott and Co. made an absolutely absurd error.

Prescott did not use the word “defer” during the coin toss, meaning that Dallas had to kick off to start the game and will kick off once again once the third quarter comes calling.

Way to start what should be considered a mist-win game for Dallas. Needless to say, the team was put on blast for this egregious error.

With a loss on Sunday, Dallas would move to 6-8 on the season and fall into second place behind the Philadelphia Eagles.

Jason Garrett and Co. have lost eight of 11 since a 3-0 start to the season.