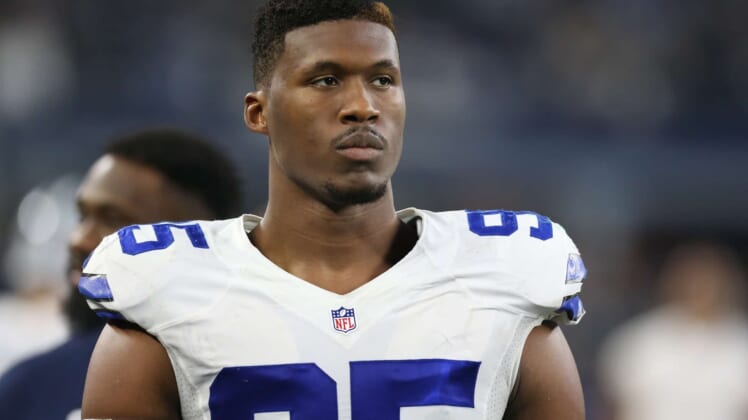 As fellow pass rusher Randy Gregory looks to make his way back to the league after serving a year-plus suspension, the Dallas Cowboys will reportedly be without defensive lineman David Irving for the first quarter of the 2018 season.

According to NFL Media’s Ian Rapoport, Irving has been suspended four games for violating the NFL’s substance abuse policy.

#Cowboys DL David Irving is being suspended 4 games for violating @NFL policy on substance of abuses, sources say. Another big-time D-linemen hit with a suspension for Dallas.

Irving, 24, was suspended four games last season for violating the league’s PED policy. Despite this, he was still able to tally seven sacks in eight games for the Cowboys.

This is a major blow for a Cowboys team that’s extremely thin along the defensive line. Irvin was being relied on to provide a pass-rush punch opposite Pro Bowler Demarcus Lawrence.

That’s now going to have to wait. We can also expect Dallas to look for a veteran reinforcement in free agency between now and the start of camp later this summer.