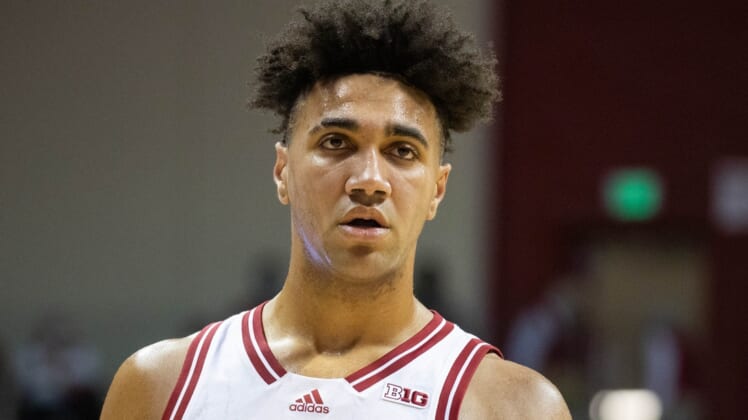 Indiana and Penn State are two programs that will look to jump-start their seasons after layoffs due to COVID-19 issues.

First-year Penn State coach Micah Shrewsberry has tried to use the extended stretch between games to work on drills and fundamentals with players who are available.

“You really have to focus on yourself,” Shrewsberry said.

Indiana had its scheduled game on Wednesday against UNC Asheville canceled due to COVID-19 issues within the Bulldogs’ program. The Hoosiers, who have won three straight, haven’t played since beating Northern Kentucky 79-61 on Dec. 22.

“I don’t think at this point in the season there can be rust,” Indiana forward Trayce Jackson-Davis said. “I think it was big for us. UNC-Asheville, they are a good team, but at the same time, getting those extra practices in before our next Big Ten game is crucial, and even playing against each other a little bit more, playing up and down.”

Jackson-Davis has fueled IU’s strong start to the season, ranking fifth in the Big Ten in scoring (19.3 points per game), fifth in rebounding (8.5) and first in blocked shots (3.2). Jackson-Davis has seen double teams throughout the season, but Shrewsberry said there are going to be times when the Nittany Lions are going to have to guard the lefty post threat with one player.

“You better know that (Jackson-Davis) is going over his right shoulder,” Shrewsberry said. “I want him to go score it that way every single time. You have to take away what people do best.”

Indiana is seeking its first road win of the season, having dropped games at Syracuse and at Wisconsin by a combined seven points in its first two matchups away from home.

“When you’re out on the road, you’ve got to play all the way through,” Indiana coach Mike Woodson said. “You can’t think that you’re just going to win it in 38. It’s a 40-minute game.”