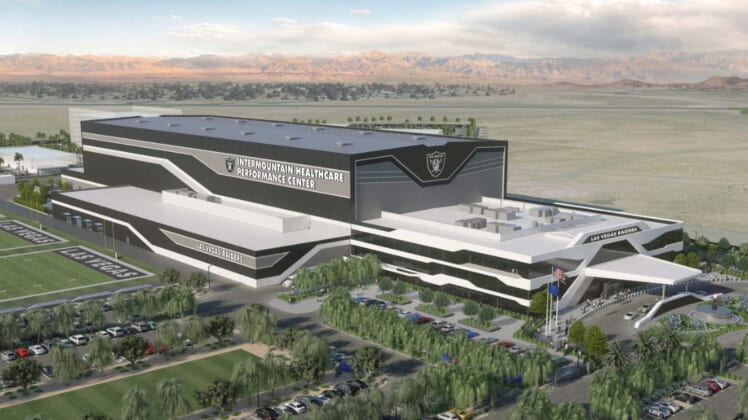 Although the Las Vegas Raiders training camp had planned for Napa, Calif., continued restrictions by local governments over activities throughout the state could mean an early arrival in Nevada for the team.

With the state of pro sports in California still in limbo with renewed stay-at-home and quarantine orders up and down the Golden State, the possibility of the Las Vegas Raiders training camp being moved is a distinct possibility.

While there is still some time before a decision has to be made, with news yesterday Los Angeles County was extending their stay-at-home orders another three months, and indications several counties in Northern California plan to do the same, the newly minted Las Vegas Raiders have to make contingency plans should California remained closed.

“The California situation is concerning to the league,” an NFL source told us. “But it’s not just California. New York, New Jersey, and some other areas aren’t past some of this nastiness and we just don’t know if they’ll allow large gatherings.”

Conversations with those inside the Raiders organization indicate no definitive answer to what the plan is should Napa be off the table.

The NFL season and games aside, the Raiders training camp remaining in Napa, for the time being, was a good way for the team to keep engaged with its Bay Area fans after the move to Las Vegas. That’s now in jeopardy.

While the Raiders haven’t made any official statement as of yet (again, there’s time and things are very fluid), the team’s new Intermountain Healthcare Performance Center and headquarters will be finished in just over a month meaning the team could host its training camp there. While it will be in the heat of the summer, the mix of three outdoor, and two indoor fields, could be used for the Raiders training camp in a pinch.

In addition, the Raiders training camp could also, in theory, be held in the Reno area. With cooler temperatures, albeit at a higher altitude, the area could serve as a contingency location. Reno was long thought to be a possible site of the Raider permanent training camp after their move to Nevada.

Due to its closer proximity to Norther California, the Raiders training camp moving to Reno was seen as a way to engage Bay Area fans after the move. But Raiders owner Mark Davis has shot down that idea saying Napa was a good location for fans and that he had no plans to move it as of this year.

No matter how long the lockdown continues in California, undoubtedly plans for NFL teams, including the Raiders, must remain flexible. And although the summer heat isn’t ideal, at least the Raiders have some flexibility with their new state-of-the-art headquarters and training facility should they need to adjust their plans.

If you had planned to attend Raiders training camp in Napa, would you change plans and visit Las Vegas if the Raiders camp was moved here?