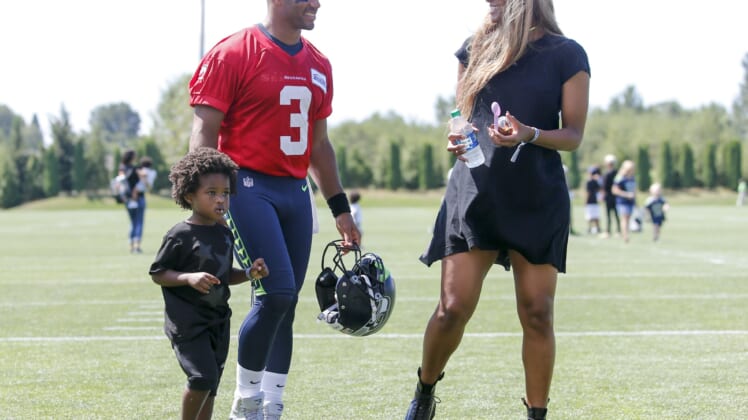 We’re about to hit silly season around the National Football League. Reports and rumors of potential trades and signings will become commonplace around the league’s water cooler.

But we already have a dandy courtesy of media personality Colin Cowherd. He noted on Wednesday that rumblings from within the entertainment industry are that musician Ciara — the wife of Seattle Seahawks quarterback Russell Wilson — may force the Super Bowl winner from the Pacific Northwest to the bright lights of New York City.

“Everybody will deny it. It’s not good to be out now,” Cowherd said. “But Russell Wilson’s wife is Ciara. She is a singer and an entertainer. She would prefer to live in New York. And the Giants need a quarterback, and there is nobody in the draft they love.

Now that’s what we’d call rather juicy. It’s also completely out of left field. Wilson, 30, has one year remaining on his contract with the Seahawks. Regardless of his contract status, it’s seemingly highly unlikely that the Seahawks would let their franchise quarterback walk.

With that said, we’ve seen this happen a multitude of times both in the NFL and other sports. Just ask the Pittsburgh Steelers and NBA’s New Orleans Pelicans about this.

Even then, Cowherd is not necessarily an authority on this topic. If the report was coming from someone like ESPN’s Adam Schefter or NFL Media’s Ian Rapoport, we’d probably take it more seriously.