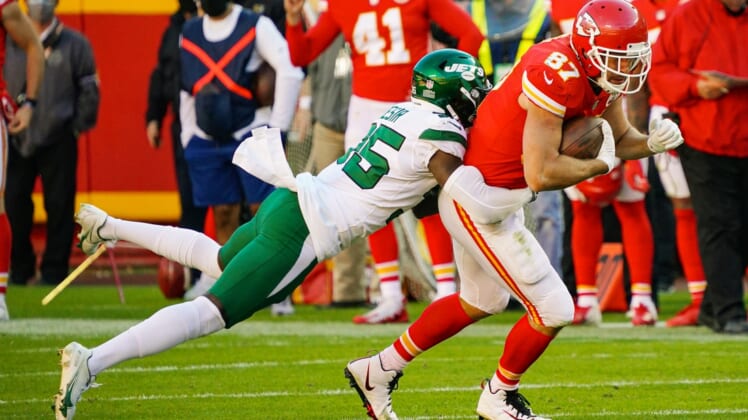 Free agent cornerback Pierre Desir donated 10,000 meals to a food bank in Houston, an area hard hit by the week’s Arctic blast that knocked out power to millions in the state.

Desir, 30, felt “it was the right thing to do,” his agent said. He’s a two-time Walter Payton Man of the Year nominee, including last season with the New York Jets. He was also the nominee for the Indianapolis Colts in 2019.

Millions of Texans have been without power and many without water during the unusual conditions this week. Grocery stores throughout the state were also forced to close, prompting Desir’s gift to the Houston Food Bank.

Desir was a fourth-round pick by the Cleveland Browns in 2014. He has played in 73 games (44 starts) for five different teams has eight career interceptions. Desir was released by the Jets in November, appearing in nine games, and he finished the season in Baltimore, appearing in three games.