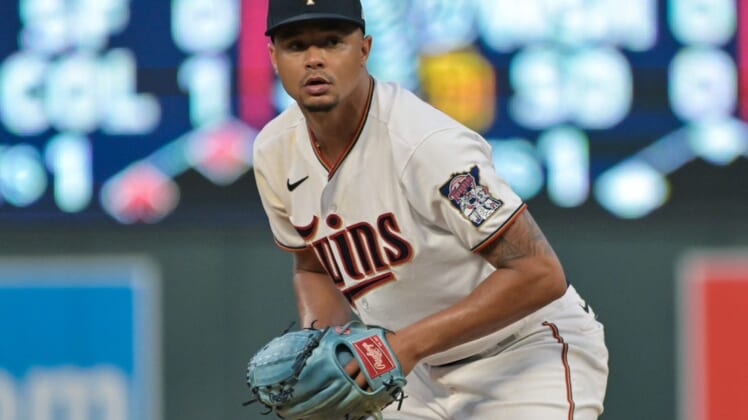 Corey Seager and Mark Mathias had RBI singles in the 10th inning to lead the Texas Rangers to a 4-3 victory over the Minnesota Twins on Saturday night in Minneapolis.

Nathaniel Lowe had four hits, his 37th multi-hit game of the season, Seager had two hits and also scored a run and Adolis Garcia extended his hitting streak to 17 games with an RBI double for Texas, which improved to just 8-25 in one-run games this season. Jonathan Hernandez (1-0) picked up the win.

American League batting leader Luis Arraez had an RBI single, and Jose Miranda had a game-tying RBI base hit in the eighth for Minnesota, which had a four-game winning streak snapped.

The contest was tied 2-2 heading into the 10th when Seager led off with a single down the right field line off Caleb Thielbar (2-2), driving in automatic runner Marcus Semien from second. Lowe followed with a single and one out later Mathias made it 4-2 with a single to center to drive in Seager.

Minnesota closed to 4-3 in the bottom half when Hernandez mishandled Max Kepler’s two-out soft comebacker, allowing Arraez to score and sending Carlos Correa, who had walked, to third. But Hernandez then got Miranda to fly out to left to end the game.

Texas jumped out to a 1-0 lead in the first inning against Minnesota starter Chris Archer. Semien led off with a line-drive double off the top of the fence in left and scored two outs later when Garcia bounced a double off the warning track in right.

Minnesota tied it 1-1 in the fifth with an unearned run. Jake Cave reached base on a throwing error by Seager, advanced to second on a walk by Gary Sanchez and then scored on Arraez’s single into left-center.

The Rangers regained the lead in the sixth. Garcia reached base on a fielder’s choice and advanced to second on a single by Leody Taveras. Ezequiel Duran then drove in Garcia with a line-drive single past Correa.

The Twins tied it in the eighth when Kepler walked with two outs and scored all the way from first on Miranda’s single into the gap in right-center.

Minnesota dropped to 4-8 in extra-inning games this season.