Corey Dickerson knocks in three as Cards cruise past Phils 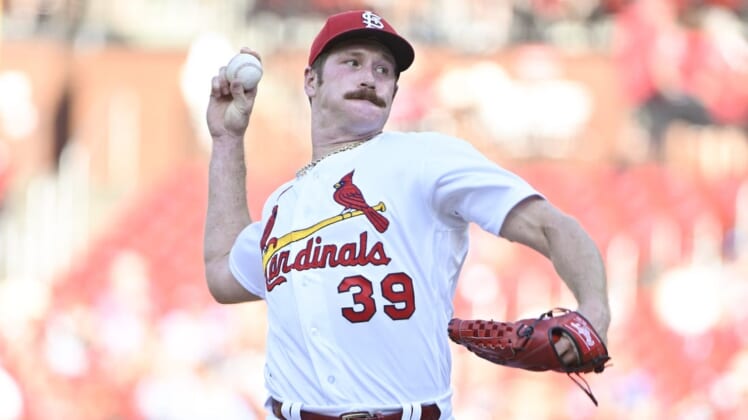 Corey Dickerson hit a two-run homer and an RBI single to drive the St. Louis Cardinals past the visiting Philadelphia Phillies 6-1 Monday.

Lars Nootbaar hit a solo homer for the Cardinals, who earned a split in the four-game series. The Phillies had won five of six before losing at St. Louis on Sunday and Monday, while the Cardinals had dropped six of seven prior to their latest two victories.

Cardinals designated hitter Albert Pujols hit a double for his 1,378th extra base hit, which moved him past Stan Musial for third place on baseball’s all-time list.

St. Louis starting pitcher Miles Mikolas (6-7) allowed one run on six hits in 7 1/3 innings. He struck out five batters and walked none.

Phillies starting pitcher Aaron Nola (5-7) allowed five runs on seven hits in seven innings. He struck out seven batters and walked none while working at least seven innings for the seventh consecutive game.

Philadelphia third baseman Alec Bohm sustained a left hand injury in the second inning. After he made a head-first slide into second base while unsuccessfully trying to extend a single into a double, Bohm exited the game and was replaced by Yairo Munoz.

Rhys Hoskins put the Phillies up 1-0 with a homer in the first inning. It was his third home run in seven games against St. Louis this season.

The Cardinals mustered just one hit against Nola through the first four innings, then they took a 3-1 lead in the fifth.

Pujols doubled leading off the seventh inning, and Dickerson followed with a two-run homer, his third long ball of the year.

Nootbaar greeted Phillies reliever Michael Kelly with a leadoff homer in the eighth inning. It was his third home run of the season.

Genesis Cabrera pitched one scoreless inning for the Cardinals. Junior Fernandez yielded two singles but got the final two outs.