Cops cracking down on Bills Mafia: No more table slamming 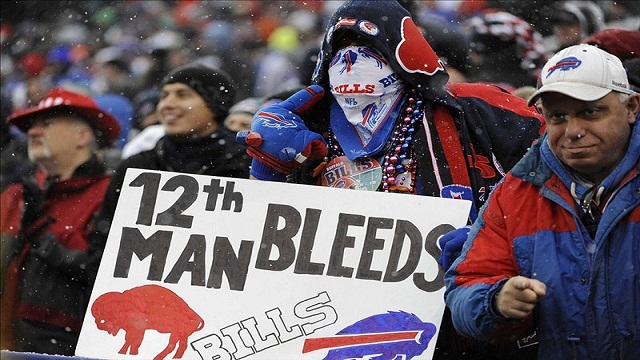 The tailgate parties before Buffalo Bills games are the thing of legend, as Bills Mafia parties to excess while going viral for their table-slamming exploits.

It doesn’t always end in laughs, however, and now the police are going to be intervening to attempt cutting these alcohol-fueled exploits out of the pre-game routine, per WGRZ Channel 2.

“Erie County Sheriff’s deputies will be looking to eliminate excessive consumption of alcohol and checking for glass bottles. They are also reminding fans that they need to adhere to the ‘Fan Code of Conduct,’ which also includes the parking lots. Table slamming will not be permitted and those who violate the rule will be ejected and could face criminal charges.”

Bills Mafia might not like this new push to enforce safety, but it’s hard to argue the measures shouldn’t be taken.

Given the excessive drinking we’ve witnessed, along with the lack of care and safety taken by the people who are throwing themselves and others onto tables, it’s a wonder more people don’t get seriously injured.