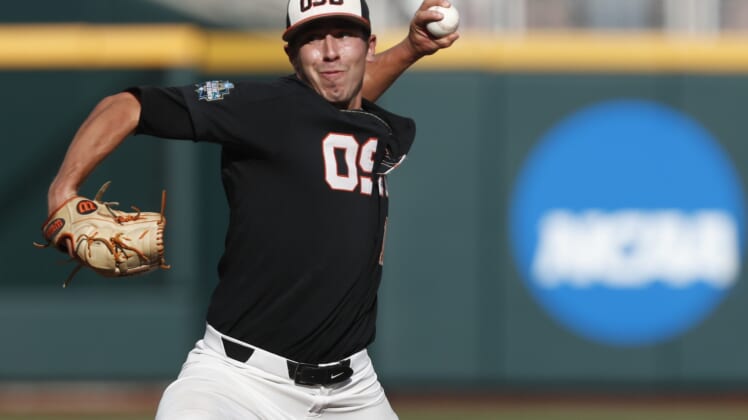 It wasn’t too long ago that former Oregon State ace Luke Heimlich was considered a potential top-five pick in the 2018 MLB Draft.

Heimlich was a flame-throwing star for the Beavers and seemed to be destined for great things on the diamond.

That’s until a guilty plea from his teenage years related to molestation of a family member became public record.

Ultimately, Heimlich went undrafted last June and has not been able to latch on with a professional team.

That is until now. According to ESPN’s Jeff Passan, Heimlich has signed on with Dos Laredos Tecolotes of Liga Mexicana de Beisbol of the Mexican Summer League.

This comes after the Kansas City Royals had previously shown interest in Heimlich.

According to Passan’s report, some scouts around the Majors attended a workout of Heimlich this past January. They came away impressed.

“Major league scouts who saw Heimlich throw in a January workout in Kent, Washington, told ESPN the quality of his pitches had improved since college and he could be a viable major league starter this season,” Passan noted.

Whether this means Heimlich will get an opportunity in the Majors remains to be seen. But for many, the crime he pleaded guilty to as a teenager simply can’t be overlooked.