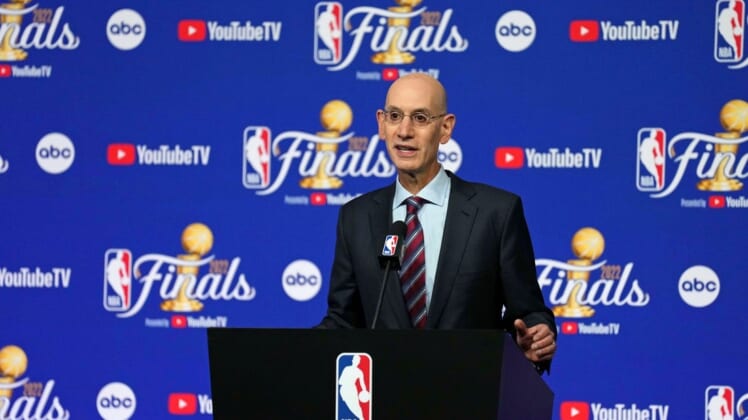 Commissioner Adam Silver has been placed in the NBA’s health and safety protocol and will miss Game 5 on the NBA Finals on Monday night in San Francisco.

The league did not disclose whether Silver had tested positive for COVID-19 or whether he would be in Boston on Thursday for Game 6 and a potential trophy presentation.

COVID-19 has made its way through the finals. Two members of the ABC/ESPN broadcast team, Mike Breen and Jeff Van Gundy, were forced off the air for part of the series after testing positive.