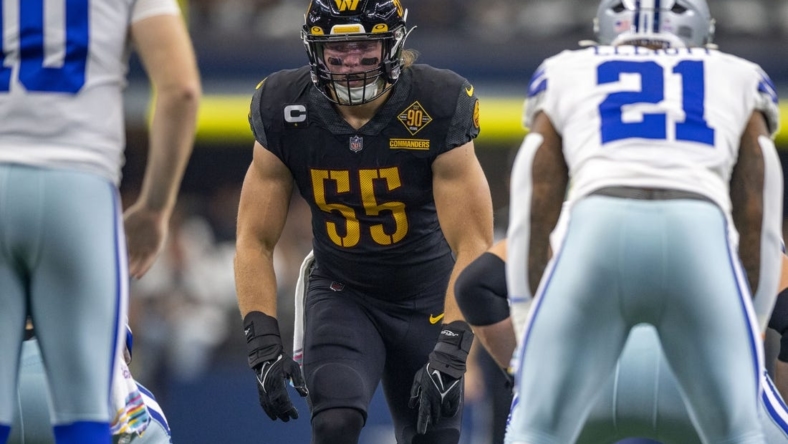 He has missed the last four games with a foot injury and will have to miss at least four more.

Holcomb, 26, won’t be eligible to return to the active roster until the Jan. 1 home game against Cleveland.

Holcomb recorded 69 tackles in seven starts before the injury. The 2019 fifth-round pick has 388 tackles, 4.5 sacks, five forced fumbles and three interceptions in 50 games (40 starts) with Washington.

The Commanders also activated linebacker Milo Eifler from injured reserve. He was placed on IR on Oct. 8 due to a hamstring injury.

Eifler, 24, appeared in the first four games of the season, logging one tackle and playing a total of 75 snaps (69 on special teams).

The Commanders (6-5) have won five of their last six games heading into Sunday’s tilt against the visiting Atlanta Falcons (5-6).