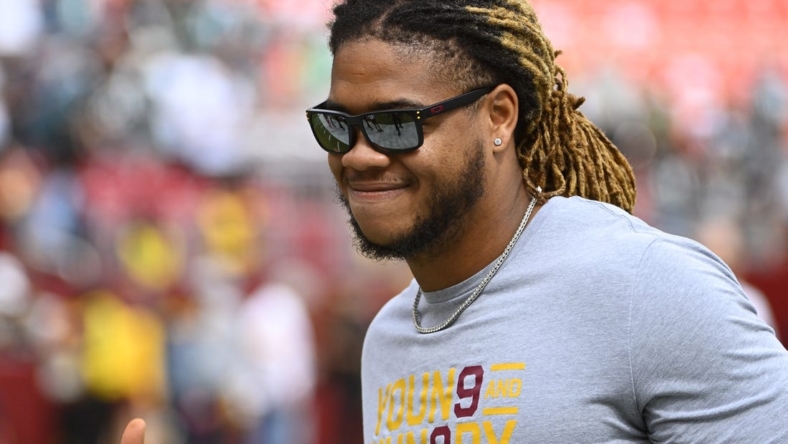 Commanders defensive end Chase Young will practice for the first time this season on Wednesday, which opens the window for Washington to activate the former No. 2 overall pick from the physically unable to perform list.

Head coach Ron Rivera said the Commanders determined Young was ready to hit the field this week, and confirmed his first workout in a team setting would be Wednesday. Washington (4-4) has won three consecutive games by a total of eight points and hosts the Minnesota Vikings (6-1) and Philadelphia Eagles (7-0) in its next two games.

If the Commanders opt not to activate Young after the three-week window expires, he cannot be added to the active roster this season.

Young, 23, tore his right ACL and MCL on Nov. 14 against the Tampa Bay Buccaneers. He started the season on the physically unable to perform list and was first eligible to return for the team’s Oct. 9 game against Tennessee, won by the Titans.

Young had 7.5 sacks as a rookie in 2020 when he was named Defensive Rookie of the Year. He had 1.5 sacks in nine games last season before his knee injury.