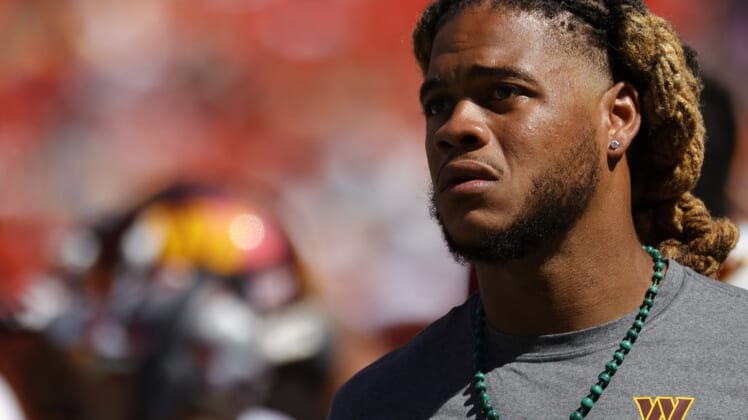 Defensive end Chase Young will miss at least the first four games of the NFL season after the Washington Commanders placed him on the reserve/physically unable to perform list Tuesday.

Young, 23, tore his right ACL and MCL on Nov. 14 against the Tampa Bay Buccaneers and had reconstructive surgery, and his recovery is continuing. Coach Ron Rivera previously said Young wouldn’t be ready for Week 1, when the Commanders open the season against the Jacksonville Jaguars.

The first game he’s eligible to play would come Oct. 9 against the Tennessee Titans.

Washington selected Young with the No. 2 overall draft pick in 2020, and he earned Pro Bowl and Defensive Rookie of the Year honors that season with 44 tackles, 7.5 sacks, four forced fumbles and three fumble recoveries in 15 starts.

The Commanders are expected to replace Young with James Smith-Williams and Casey Toohill.

Also Tuesday, the Commanders put backup center Tyler Larsen on the PUP list as he deals with an Achilles injury. They released wide receiver Kelvin Harmon and tackle Rashod Hill, and placed linebacker Nathan Gerry on the reserve/injured list.