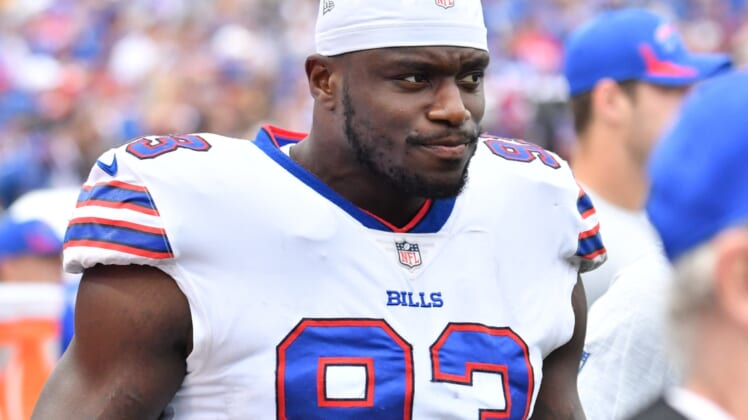 The Washington Commanders announced Wednesday they have signed pass rusher Efe Obada to a free-agent contract.

The Commanders did not disclose terms of the agreement, though news broke nearly one year after his previous team, the Buffalo Bills, agreed to sign him to a one-year deal.

Obada, who turns 30 next month, posted 3 1/2 sacks and 12 tackles in 10 games (one start) last season in Buffalo and has accumulated nine sacks over his past two seasons.

The Nigeria native was trafficked into London and abandoned as a youth before growing up in foster care. He later hooked on with the London Warriors of the British American Football Association National Leagues.

After attracting NFL attention with the Dallas Cowboys, Kansas City Chiefs and Atlanta Falcons, Obada became the first player to make a 53-man roster out of the league’s International Player Pathway Program with the Carolina Panthers in 2018.