Columbus Crew midfielder Kevin Molino will have surgery to repair a torn right anterior cruciate ligament and be sidelined for nine to 12 months.

The team announced Thursday that the injury occurred during training on Tuesday. This is the third time the 31-year-old veteran has torn an ACL — in the right knee in 2015 and left knee in 2018.

Molino signed a multi-year deal with the Crew before the 2021 season but missed the first two months because of an ongoing issue with a hamstring. 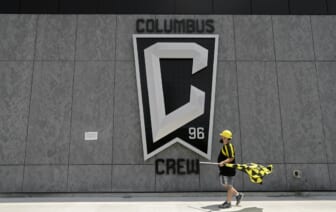