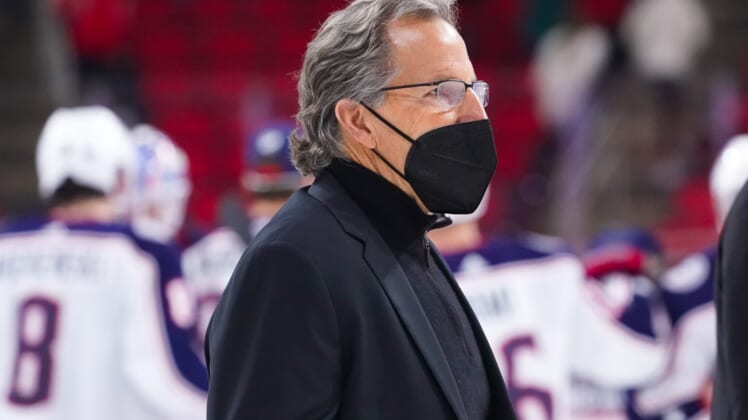 “Torts and I have had numerous conversations throughout the season, and we have agreed that the time is right for both he and the club to go our separate ways,” said Kekalainen. “He is a great coach and his accomplishments with our club over the past six seasons speak for themselves. He has played an integral role in our success since his arrival, and we are extremely grateful for his passion and commitment to the Blue Jackets and our city. He was the right coach at the right time and helped us establish a standard that we will carry forward.”

Tortorella, 62, ranks 12th in NHL history with 673 victories across 20 seasons. He went 227-166-54 in six seasons with the Blue Jackets and is the franchise’s all-time winningest coach.

“After discussion and consideration of the future direction of the team, Jarmo and I have come to a mutual agreement to part ways,” said Tortorella in a statement provided by the team. “I’d like to thank the Columbus Blue Jackets organization for the opportunity to coach this team and live in the great Columbus area. It has been a privilege to work with the players, coaches and hockey operations staff, which is one of the best in the League.”

The Athletic reported that Tortorella would like to continue coaching in the NHL. His contract with Columbus was set to expire this summer.

The Blue Jackets reached the postseason in each of the previous four seasons under Tortorella, but this season they stumbled to an 18-26-12 record and finished in last place in the Central Division. The team is expected to make many roster changes during the offseason.

Their season ended Saturday night with a 5-4 overtime win against the Detroit Red Wings.

Blue Jackets assistant coaches Brad Shaw and Brad Larsen also are on expiring contracts, according to The Athletic. One or both of them could receive an interview for the head coaching job, the publication reported.

Blue Jackets goaltending coach Manny Legace is under contract for next season.