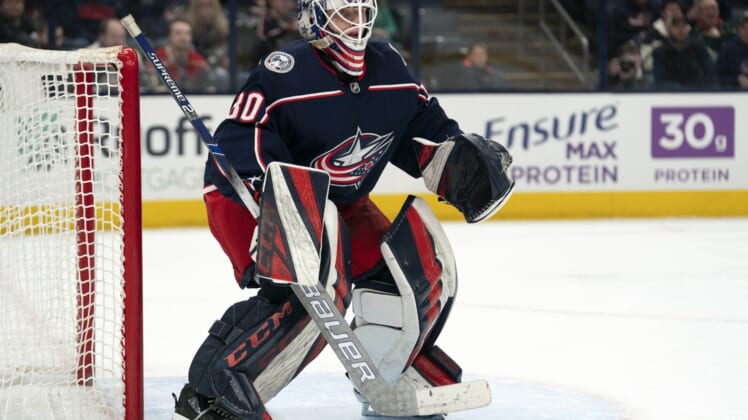 Speaking at a private memorial service in Arlington, Ohio, Merzlikins said his teammate’s actions saved him and his pregnant wife from the errant fireworks blast.

“He saved not just many lives, but when it happened, I was standing 20, 30 feet back of him and I was hugging my wife,” Merzlikins said, per ESPN. “He saved my son, he saved my wife, and he saved me.”

Merzlikins, whose wife, Aleksandra, is in her third trimester, said their son’s middle name will be Matiss. Kivlenieks had been living in Ohio with Merzlikins, a fellow Latvian.

Kivlenieks, 24, was attending a Fourth of July party at goaltending coach Manny Legace’s house in Novi, Mich., when he was struck by a firework. He died from chest trauma with major damage to his heart and lungs.