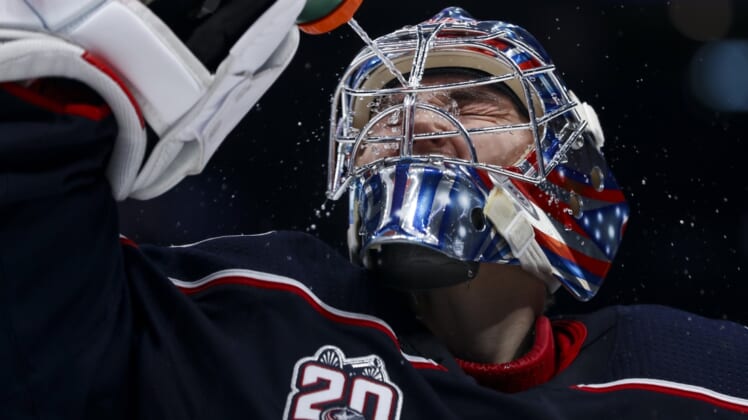 Merzlikins had missed the Blue Jackets’ last three games since sustaining an upper-body injury in practice on Feb. 3.

Peeke, who turns 23 next month, has recorded three points (one goal, two assists) in 22 career games since the Blue Jackets picked him in the second round of the 2016 NHL Draft.