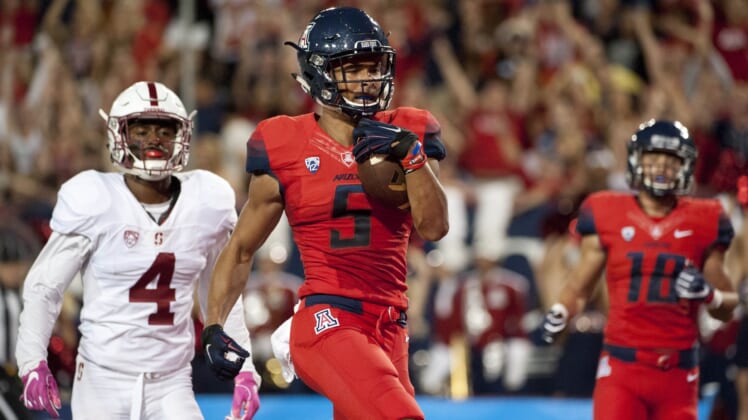 The Indianapolis Colts made headlines for signing Trey Griffey, Ken Griffey Jr.’s son, earlier this offseason as an undrafted free agent out of Arizona.

Now they’ve released the receiver after injuries sidelined him for the past week. Indianapolis announced the roster move on the team website. The move corresponded with another signing — receiver Chris Biggs.

Griffey might still end up on an NFL roster before training camp, though he’s a longshot to make a final cut. He caught 23 balls for 382 yards and two scores last year for the Wildcats as a senior.

If football doesn’t work out for the son of legendary MLB star Ken Griffey Jr., then he can perhaps follow in his father’s footsteps. The Seattle Mariners drafted Trey Griffey in the 24th round of the 2016 MLB Draft. Though it’s worth pointing out he hasn’t played competitively since before high school.