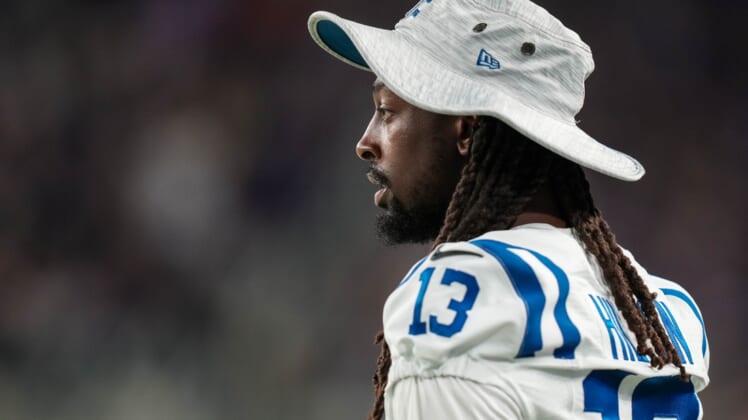 Following a gut-wrenching loss to the Baltimore Ravens on Monday night during which Indianapolis blew a 19-point, third-quarter lead, the Colts were in the market for good news.

They received a dose when four-time Pro Bowl receiver T.Y. Hilton returned to the practice field for the first time since late August on Wednesday. The Colts have three weeks to activate Hilton, who underwent neck surgery just prior to the start of the regular season, from injured reserve.

Hilton, a third-round pick by the Colts in 2012, could see action when Indianapolis (1-4) hosts the Houston Texans (1-4) on Sunday at Lucas Oil Stadium.

Colts vs Texans preview: Indy to get veteran back

“Obviously it was great news on T.Y. from Tuesday when I got to that medical meeting that he was ahead of schedule, so he’ll be out there this week,” Colts coach Frank Reich said. “We’ll determine his status as the week goes on, but certainly excited to have T.Y. back in the fold and out on the field.”

It would mark a timely return for Hilton, who has amassed more receptions (97), yards (1,718) and touchdowns (11) against the Texans than any other team.

“Obviously it’s a big, emotional boost to the team and obviously it’s Houston week,” Reich said with a grin. “So probably not a coincidence.”

The Colts’ 31-25 overtime loss at Baltimore was their second by one score this season following their 27-24 setback to the Los Angeles Rams in Week 2. While the slow start to the season has proven disappointing, the Colts are just two games behind the first-place Tennessee Titans in the AFC South and have the experience of the 2018 season to draw from, a campaign that concluded with the Colts in the playoffs after winning 9 of 10 games following their 1-5 start.

“We have a more mature team,” Reich said. “I think our roster is strong so I really believe we just have to pull together week by week. We’ve done this before, we can certainly draw from that.

“Everybody talks about 1-0 but when you’re 1-4 it means a little something more. So we have to draw on that.”

The Texans tasted defeat in a manner similar to the Colts last week, coughing up a 13-point, third-quarter advantage to the New England Patriots before falling 25-22 at the final whistle.

And like Indianapolis, the Texans received a boost on offense with the return of rookie receiver Nico Collins (shoulder) and veteran receiver Danny Amendola (thigh). Both are trending in a positive direction and will be monitored this week to determine their availability on Sunday.

However, two-time Pro Bowl left tackle Laremy Tunsil will have left thumb surgery on Thursday and miss a minimum of four weeks. Geron Christian is now tasked with plugging the gap and protecting the blind side of Houston rookie quarterback Davis Mills. 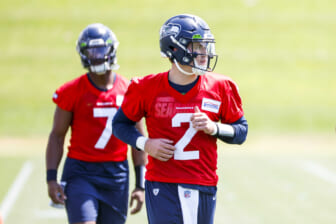 “Geron is going to go right at that position and we feel good about that,” Texans coach David Culley said. “He knows he’s been the backup; he’s actually backed up both sides. He’ll be on the left side and Charlie (Heck) will be on the right side.

The Texans noted midweek that Tyrod Taylor, who opened the 2021 season as the starting quarterback, is progressing from a hamstring injury and could be nearing a return to the No. 1 role.