Colts to honor Edwin Jackson, with family in attendance, on Sunday 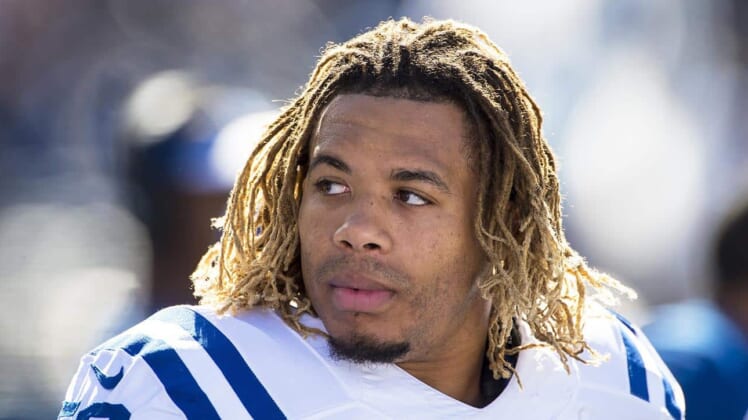 Last year, Edwin Jackson was killed when a drunk motorist ran into him on the highway. On Sunday, his former team, the Indianapolis Colts, will honor him, with his family in attendance.

ESPN’s Adam Schefter passed along some details about the team’s plans.

Colts will honor their former LB Edwin Jackson on Sunday. His family will be in attendance, and the Colts will make a $25,000 donation to the Edwin Jackson 53 Foundation. Players will wear an “EJ” helmet sticker, and Colts’ coaches will wear a pin with the same design.

Jackson’s death hit his family, the Colts, and the NFL community in general, very hard.

Recently, Andrew Luck shared some memories about his former teammate that show how much he was loved and respected.

“Many more than one Edwin Jackson memory. I think one of the great nicknames ‘Pound Cake.’ He was a happy, happy, happy man,” Luck said, per Colts Wire. “He was a joy to be around. I think a lot of guys that know him in this locker room keep him alive in their heads and in their souls. I certainly find myself thinking about him at different times and he was such a positive member of this team. We are so lucky and grateful to get to play football and he certainly took advantage of that. He was a joy and an honor to play with and be around.”

Jackson was just 26 when he passed. May he Rest In Peace.