Colts to explore idea of signing Philip Rivers in 2020? 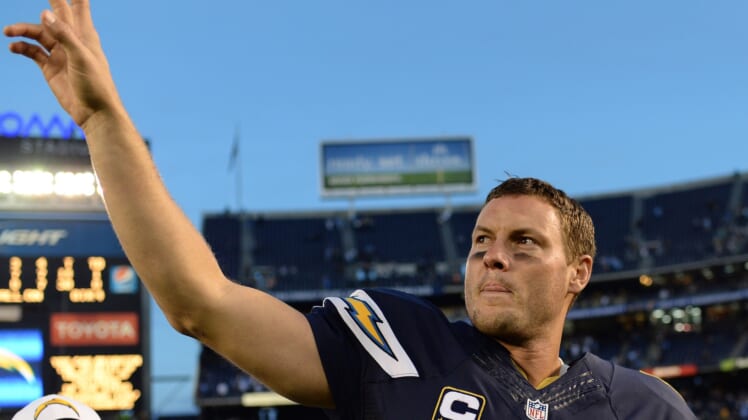 The Indianapolis Colts are rumored to have some interest in potentially signing soon-to-be free agent quarterback Philip Rivers for the 2020 season.

Jeremy Fowler of ESPN shared that NFL executives believe the Colts will explore the idea of signing Rivers this offseason, per Locked on Colts Podcast, which noted the connection Rivers has with Colts head coach Frank Reich and his coordinator, Nick Sirianni.

Rivers is coming off a very frustrating season with the Los Angeles Chargers and seemed to realize after his final regular-season game that it might be his last with the organization. In the same post-game press conference, he made it clear that retirement isn’t an option and that he absolutely would consider playing for another team in 2020.

Of the teams that might be looking, the Colts have a very good chance to be really good with a franchise passer at the helm. At this point, however, it’s unclear if Rivers still has the game to live up to that designation.

This past season with the Chargers, the 38-year-old veteran passed for 4,615 yards and 23 touchdowns. Unfortunately, he also tossed 20 interceptions (the third-most in the NFL) and cost his team dearly with many of those mistakes.