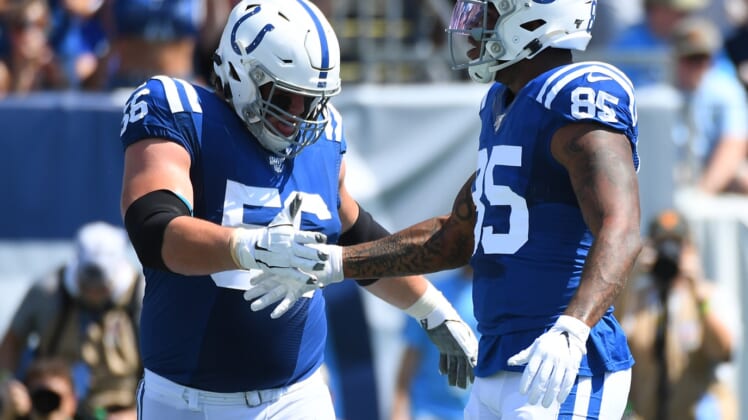 Indianapolis Colts tight end Eric Ebron will miss the remainder of the year due to an ankle injury he’s been dealing with “since the beginning of the season.”

Ebron made this announcement on social media, noting “My goal was to push off surgery until the off-season, but at this point the pain has become unbearable and I can no longer give my team and the fans a worthwhile version of myself.”

Ebron also wrote that he is “anxious to begin the recovery process so I can come back next year healthier and better than ever!”

The Colts tight end has been highly productive since joining the team in 2018 as a free agent. Since then, appearing in 27 games, Ebron has caught 97 passes for 1,125 yards and 16 touchdowns.