Colts TE Brandon Williams taken out of stadium in ambulance 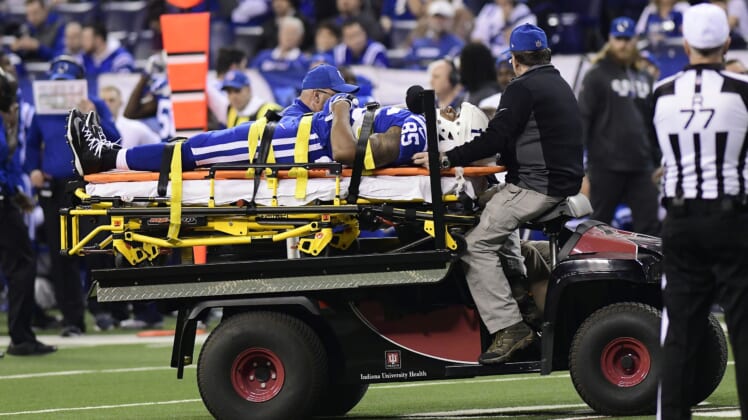 A scary moment occurred in the first half of Thursday’s game between the Denver Broncos and Indianapolis Colts. Following a collision with Denver’s Deiontrez Mount, Indianapolis tight end was taken off of the field in a stretcher and into an ambulance.

This looks frightening: Colts' Brandon Williams has been on the turf for several minutes, medical staff putting him on a stretcher.

But as scary as the situation was, it’s not as bad as it originally looked.

Colts are saying that Williams has movement in his limbs, it's a head injury, not a neck injury.

We can only hope that more positive news comes.