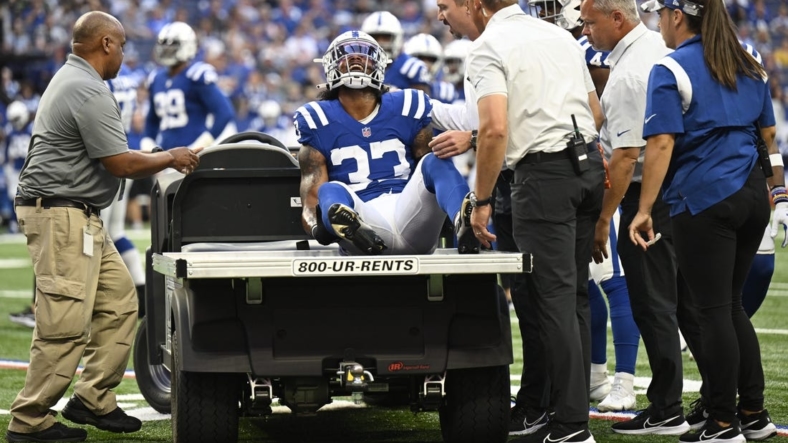 Watts was carted off the field after getting hurt on the opening kickoff of the Colts’ 27-10 win over the Tampa Bay Buccaneers.

“Yeah, it’s an ankle injury that’s going to keep him out for the year,” Reich said. “He’s going to have to have a procedure done. I don’t want to confirm all the details, but I think it was pretty significant.”

Watts, 26, signed with the Colts in the offseason after spending four years with the Kansas City Chiefs.

He recorded 58 tackles, two sacks and a fumble recovery in 53 career games (one start) since the Chiefs selected him in the fourth round of the 2018 NFL Draft.