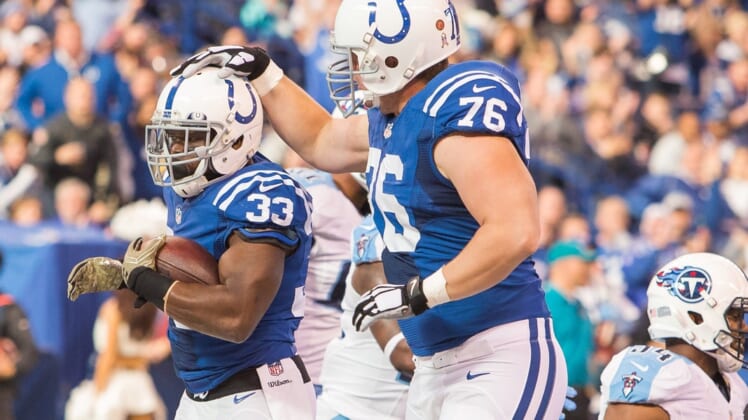 The Indianapolis Colts will be without running back Robert Turbin, who was suspended four games for violating the NFL’s PED policy.

Turbin has since released this statement as a way to apologize.

Here is his statement: pic.twitter.com/zOfuUh63EI

Turbin worked with the first-team offense during offseason activities. News of Turbin’s suspension is a gut-punch to an offense that let former running back Frank Gore go in free agency.

Behind Turbin and Mack are rookies Nyheim Hines and Jordan Wilkins, as well as Josh Ferguson and veteran Christine Michael. Since joining the Colts in 2016, the 28-year-old Turbin has recorded a total of 452 yards and nine touchdowns.

The Colts will likely look to employ a running back committee once the season kicks off.