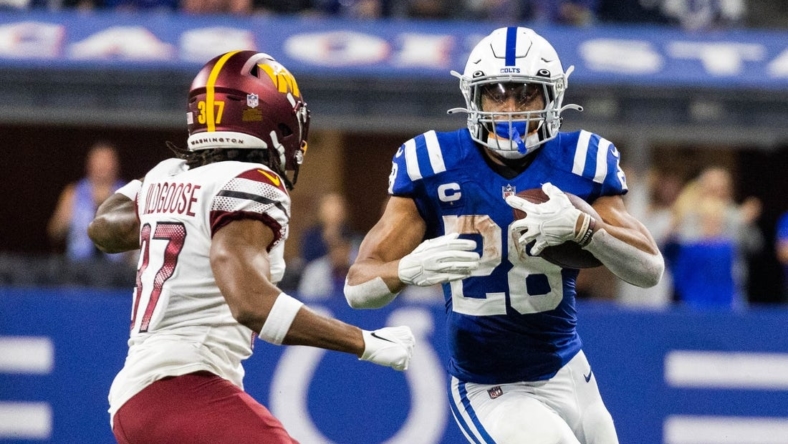 Indianapolis Colts running back Jonathan Taylor will not practice on Wednesday after aggravating an ankle injury that caused him to miss two games earlier this season.

Taylor initially sustained the ankle injury in the Colts’ 24-17 loss to the Tennessee Titans on Oct. 2. He sat out the next two games before totaling 85 yards from scrimmage in a 19-10 setback to the Titans on Oct. 23 and 76 in a 17-16 defeat to the Washington Commanders on Sunday.

Taylor, 23, has rushed for 462 yards and one touchdown and added 16 catches for 71 yards in six games this season.

Also on Wednesday, the Colts signed running back Jordan Wilkins to the practice squad.

Wilkins, 28, has rushed for 951 yards with four touchdowns in 45 career games with the Titans and Colts. He also had 35 catches for 233 yards since being selected by the Colts in the fifth round of the 2018 NFL Draft.