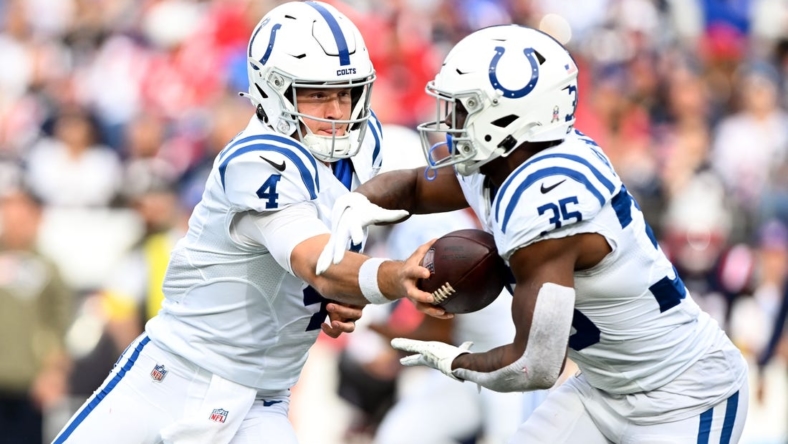 Jackson caught an 8-yard pass and was pushed out of bounds, where he remained on the ground and was seen grabbing at his left knee. He came out of the game, but was doing sprints along the sideline shortly after.

With Jonathan Taylor sidelined due to an ankle injury, Jackson drew the start against New England. He rushed 10 times for 23 yards prior to exiting while adding a pair of catches for 13 yards.

Phillip Lindsay and Jordan Wilkins are the only two other active running backs on Indianapolis’ roster.