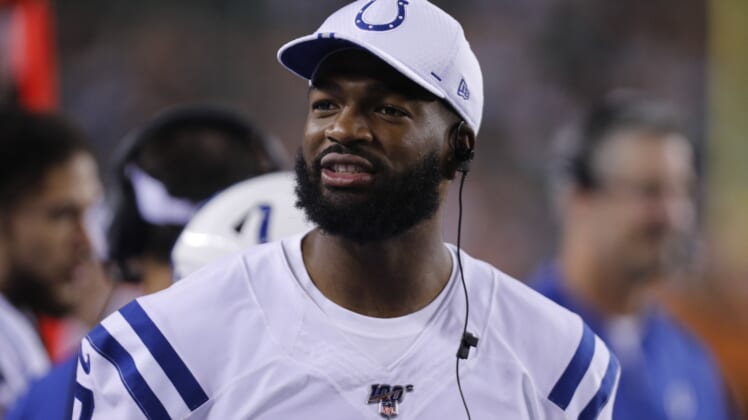 Indianapolis Colts quarterback Jacoby Brissett practiced three days in a row, and on Friday head coach Frank Reich said he’d be a game-time decision. Less than one day later, the Colts downgraded Brissett to out and promoted Chad Kelly from the practice squad to back up Brian Hoyer.

Hopefully, this doesn’t mean Brissett suffered a setback in his recovery from the MCL strain that knocked him out of last Sunday’s game.

The Colts should be able to win Sunday against the Dolphins, regardless. Miami has just one win under its belt this season and has big issues defending the run. This means Marlon Mack should have a field day.

Hoyer can manage the passing game just fine, provided he takes better care of the football than he did against the Steelers last weekend when he threw a 96-yard pick-six to Minkah Fitzpatrick.