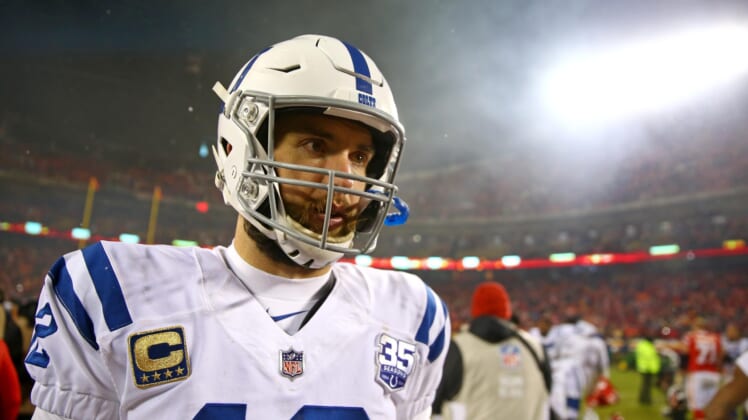 Luck has been sidelined for over three months with an injury the Colts originally said was minor. He missed the team’s preseason opener Thursday evening and is unlikely to play before September.

Colts beat reporter Zack Keefer of The Athletic made an interesting point recently, noting that Luck still has time to get ready for the regular season, but it’s not looking terribly great.

Given how Indianapolis handled the shoulder injury that cost Luck the entire 2017 season, one has to wonder what is up behind the scenes.

A calf strain does not take over three months to mend. It might be another sport, but the calf strain former Golden State Warriors star Kevin Durant suffered during this year’s playoffs ultimately led to him suffering a torn Achilles in his first game back.

Is there some sort of a connection here? We’re not entirely too sure. What we do know is that Indy continues to play this situation close to the vest. There might be a lot more to it behind the scenes.