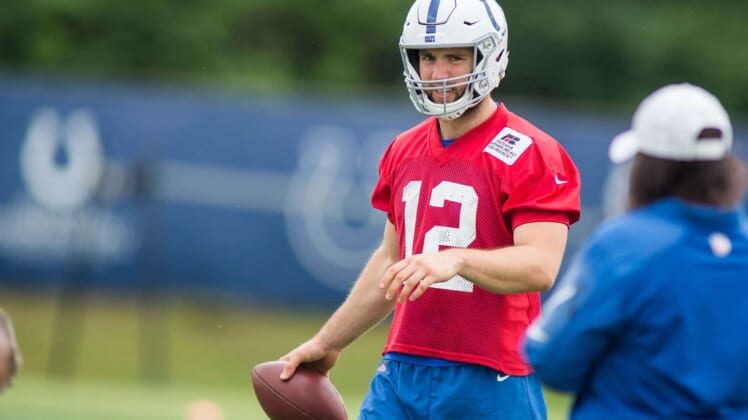 The Indianapolis Colts provided an update on injured quarterback Andrew Luck on Saturday. It’s not good.

Head coach Frank Reich noted that Luck will remain sidelined this week with a calf injury. He has been out three months due to said injury.

With less than a week to go before their preseason opener, the Colts officially have to be concerned.

Indy noted late last month that Luck was not close to taking his next step in the rehab process. This could very well lead to questions about his Week 1 status.

Luck returned to an elite level this past season after missing the entire 2017 campaign with a shoulder injury.