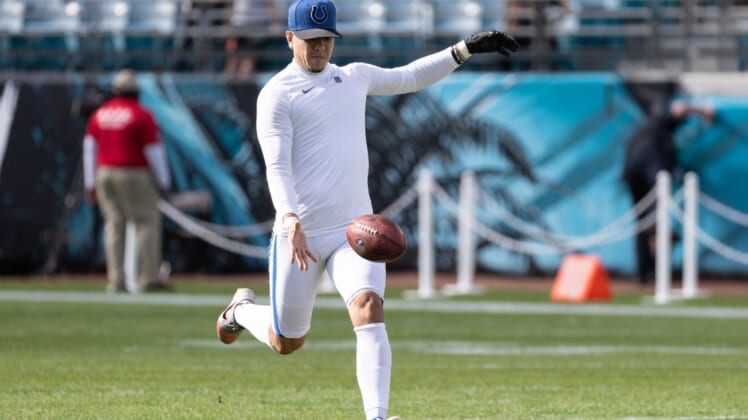 Indianapolis Colts punter Rigoberto Sanchez is out for the season with a torn Achilles suffered during a wind sprint on Tuesday.

Sanchez is likely to miss several months, leaving the team without a kickoff specialist and punter, roles Sanchez filled since he joined the team as an undrafted free agent in 2017.

Running sprints for conditioning at the end of Tuesday’s practice, Sanchez pulled up injured. The Colts announced Wednesday he underwent testing that confirmed his Achilles is torn.

Last season, Sanchez dropped 24 of his 59 punts inside the opponents’ 20 and averaged 44.5 yards per punt.

Sanchez has also been one of the team’s primary holders for field goals and extra points.