Colts have score to settle in Jacksonville 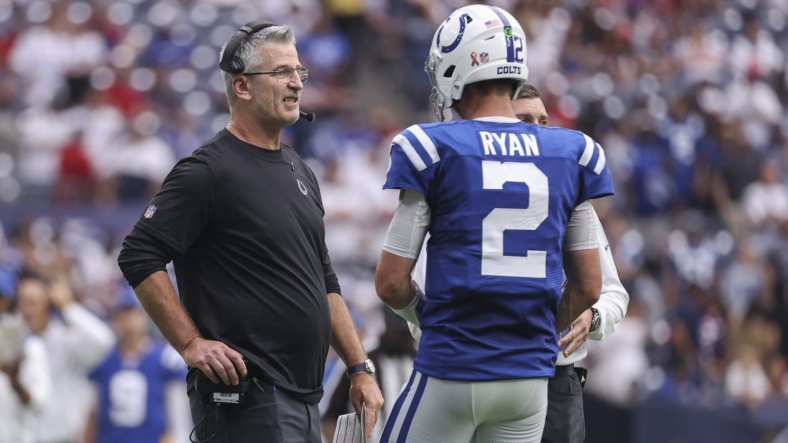 Just over eight months ago, Indianapolis visited the Jacksonville Jaguars with a trip to the AFC playoffs on the line. All the Colts had to do was beat a 2-14 team to punch their postseason ticket.

Instead, Trevor Lawrence and Jacksonville played like the playoff hopeful and dominated for most of a 26-11 rout that ended the Colts’ season and concluded Carson Wentz’s one-year run as the team’s quarterback.

The teams cross paths again Sunday in Jacksonville, as each will try for its first win after Week 1 disappointments. Indianapolis had to rally from a 20-3 deficit to notch a 20-20 tie at Houston, while the Jaguars led in the fourth quarter but fell 28-22 at Washington.

Colts coach Frank Reich hasn’t acted like someone who has put last season’s stunning loss in the rear-view mirror. He had the final score painted near the locker room as a reminder of why they always need to be ready.

“When you gain those kind of yards, you got to score 40 points,” Reich said. “You can’t walk away with 20 points.”

The Colts still could have won the game in overtime, but kicker Rodrigo Blankenship missed wide right on a 42-yard field goal with 1:57 remaining. That was his last miss with the club, as they waived him on Tuesday and intend to use veteran Chase McLaughlin or Lucas Havrisik in Jacksonville.

New quarterback Matt Ryan threw for 352 yards and a touchdown on 32-of-50 accuracy, but also tossed an interception and stopped a second promising drive by fumbling a snap that forced a punt from the Houston 40.

“We shot ourselves in the foot a lot of times,” center Ryan Kelly said.

Meanwhile, Jacksonville displayed some promise offensively in the second half but made enough mistakes on both sides of the ball to insure an 0-1 start under first-year coach Doug Pederson.

Lawrence threw for 275 yards and a touchdown, while big-money free agent receiver Christian Kirk caught six passes for 117 yards in his Jaguars debut. Top overall draft pick Travon Walker became the first player since T.J. Watt in 2017 to come up with a sack and an interception in his NFL debut.

Those glimpses of greatness might be why the team isn’t reaching for the panic button or sinking into that old “here we go again” motif after losing for the 30th time in 34 games, dating back to the 2020 season.

Indianapolis owns a 26-16 lead in the all-time series.