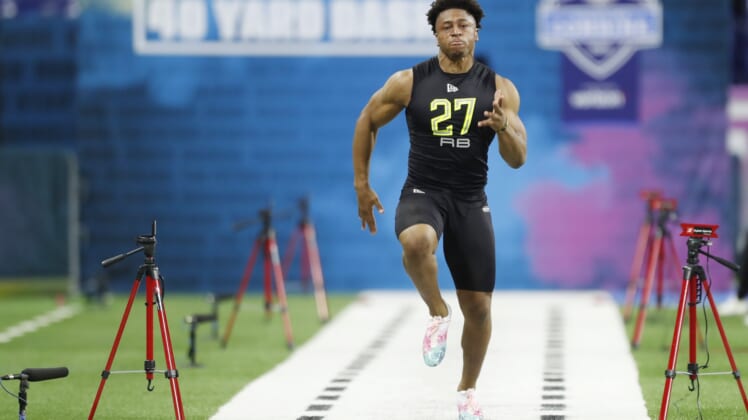 The Indianapolis Colts entered the 2020 NFL Draft without a pick in the first round after dealing it away for All-Pro defensive tackle DeForest Buckner.

This was a clear indication that Indianapolis is in win-now mode. Signing future Hall of Fame quarterback Philip Rivers only added to that.

But it’s what general manager Chris Ballard and Co. did to open Round 2 of the draft Friday night that has the NFL world abuzz.

Indianapolis picked up an underrated wide receiver in that of Michael Pittman Jr. with the 34th overall pick. It then traded up to the 41st selection for record-breaking running back Jonathan Taylor from Wisconsin.

What this means: Indianapolis is making it clear that the team will be targeting the defending champion Kansas City Chiefs in the AFC next season.

These two players are going to complement what the Colts already have at the skill positions on offense.

By making a move to acquire Buckner, the Colts made it clear earlier this offseason that they are aiming for the Chiefs in the AFC. The addition of Philip Rivers to replace Jacoby Brissett under center only adds to this.

Though, it’s what Indy did early on Day 2 of the 2020 NFL Draft that suggests Chris Ballard and Co. are all in for next season.

The team went with two players who project as immediate contributors after playing a whole heck of a lot in college.

A window that seemed to be closed following Andrew Luck’s abrupt retirement last summer now appears to be wide open.