Colts get Pro Bowl WR T.Y. Hilton back for ‘TNF’ 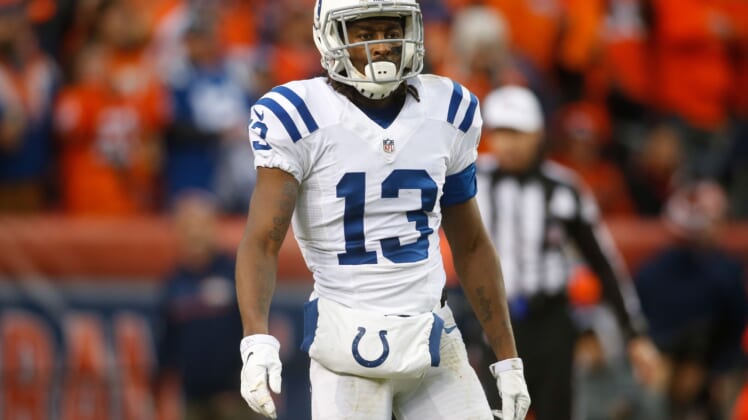 Battling for first place in the AFC South against the Houston Texans on “Thursday Night Football,” the Indianapolis Colts will get their top play maker back in the mix.

Indianapolis announced that four-time Pro Bowl receiver T.Y. Hilton will be active for the first time since suffering a calf injury back in Week 8.

Hilton, 30, has missed each of the past four games with the injury. Prior to going down, Indy’s No. 1 receiver had caught 32 passes for 360 yards and five touchdowns in six games.

This is a big deal for a Colts team set to go up against an injury-ravaged Texans secondary. Cornerbacks Bradley Roby and Lonnie Johnson Jr. as well as starting safety Justin Reid are all inactive for Houston.

Both teams head into this all-important game at 6-4 on the season. Needless to say, the winner will have the upper hand to come out of the AFC South. Hilton being active helps the Colts big time.