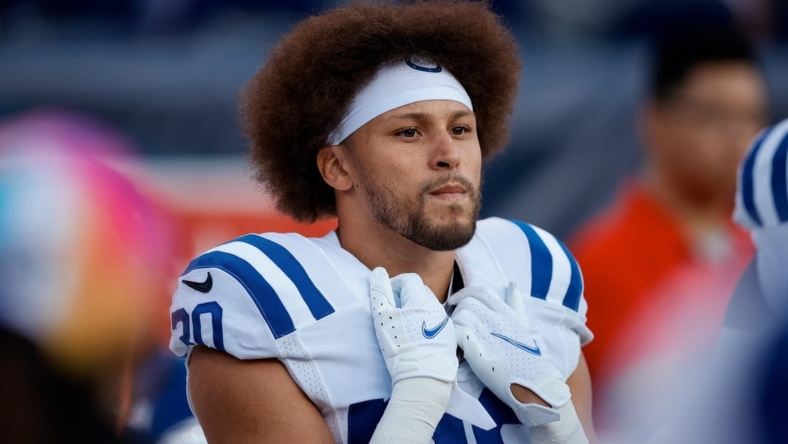 Lindsay and Wilkins join presumed starter Deon Jackson and newly acquired Zack Moss on the active roster in a new-look backfield for the Colts (3-4-1) against the Patriots (4-4).

Taylor, the 2021 NFL rushing champion, was ruled out Friday with a nagging ankle injury that kept him out of two games earlier this season. He leads the team with 462 yards and a touchdown on 107 carries.

Jackson rushed 25 times for 104 yards and a touchdown in the two games in which Taylor didn’t play. He has five carries for minus-4 yards in the other three games in which he has appeared.

Moss was acquired from Buffalo on Tuesday in a trade that sent fellow running back Nyheim Hines to the Bills. He ran 17 times for 91 yards and caught seven passes for 27 yards in five games this season with Buffalo.

Lindsay has played in two games for the Colts in 2022, rushing for 47 yards and adding six receptions for 19 yards.

Wilkins was signed to the practice squad Wednesday. He played in 49 games (four starts) with Indianapolis from 2018-21, gaining 1,184 yards from scrimmage with four touchdowns.