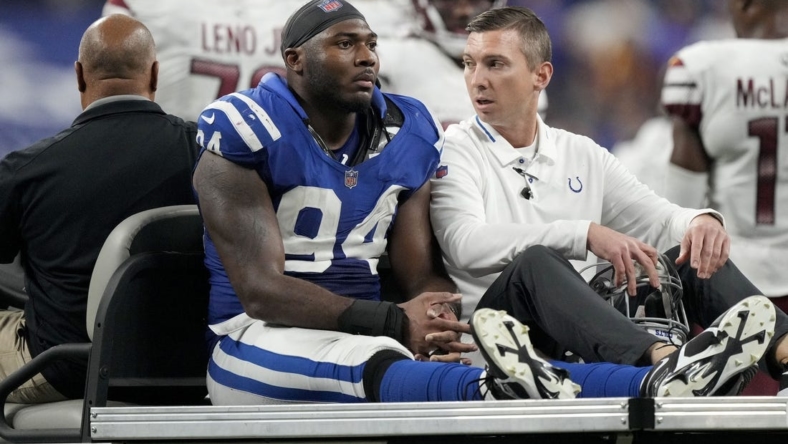 Indianapolis Colts defensive lineman Tyquan Lewis will miss the rest of the season with a ruptured left patella tendon.

He sustained the same season-ending injury to his right knee in Week 8 of last season, nearly one year ago to the day.

Head coach Frank Reich confirmed Monday that Lewis will have surgery for the injury sustained late in the fourth quarter of Sunday’s 17-16 loss to the Washington Commanders. He left the field on a cart.

“Our hearts go out to Tyquan,” Reich said. “He was having a great year. … We’ll support him every step of the way.”

Lewis, 27, recorded 14 tackles, four quarterback hits, one sack and one forced fumble in seven games (four starts) this season. The Colts’ 2018 second-round pick has 70 tackles, 9.5 sacks and one interception in 48 career contests (16 starts).

“It was tough, tough to see,” said wide receiver Parris Campbell, who played with Lewis at Ohio State. “I know what he battled through last year to get back to the point to where he was now.”