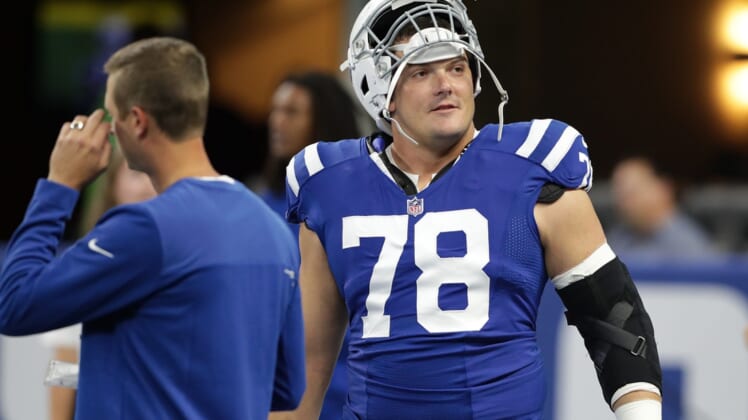 Indianapolis Colts center Ryan Kelly (78) looks out on the field during warmups Sunday, Sept. 12, 2021, before the regular season opener against the Seattle Seahawks at Lucas Oil Stadium in Indianapolis.

Indianapolis Colts center Ryan Kelly has been downgraded from questionable to out for Saturday’s game against the visiting New England Patriots due to a personal matter.

Kelly was activated off the reserve/COVID-19 list on Tuesday and returned to practice in a limited fashion the following day. He did not practice on Thursday, however, due to a personal matter.

Kelly, 28, was the Colts’ first-round pick in the 2016 NFL Draft. The two-time Pro Bowl selection has started all 78 games in his career, including 12 this season.

Second-year lineman Danny Pinter is expected to play Saturday in the absence of Kelly.