Colton Herta holds on for win at GMR Grand Prix 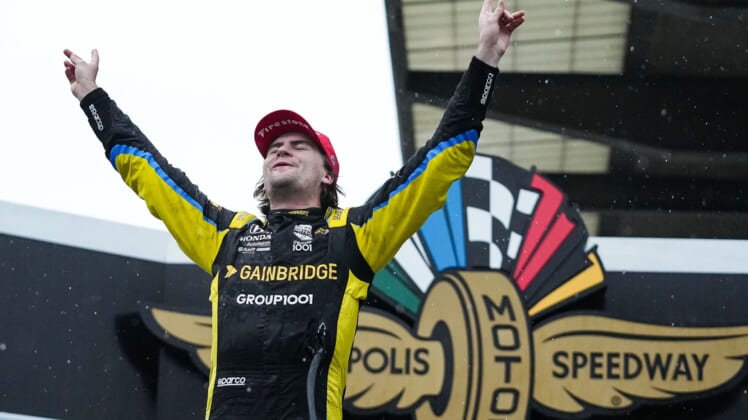 Colton Herta won his first race of the 2022 season on Saturday at the rain-soaked GMR Grand Prix at Indianapolis.

Simon Pagenaud finished second, followed by Will Power, Marcus Ericsson and Conor Daly to round out the top five.

Race officials called for a “wet start” to the race, meaning every driver had to begin with rain tires. Drivers could do what they wanted after that, and Herta and his crew opted for red alternate tires on Lap 3 and the decision paid off.

“(That decision) sure helped us a lot, gained us a lot of positions,” Herta said post-race. “That was the hardest race I think I’ve ever done.”

Felix Rosenqvist finished sixth, followed by Takuma Sato, Callum Ilott, Christian Lundgaard and Scott Dixon to round out the top 10.